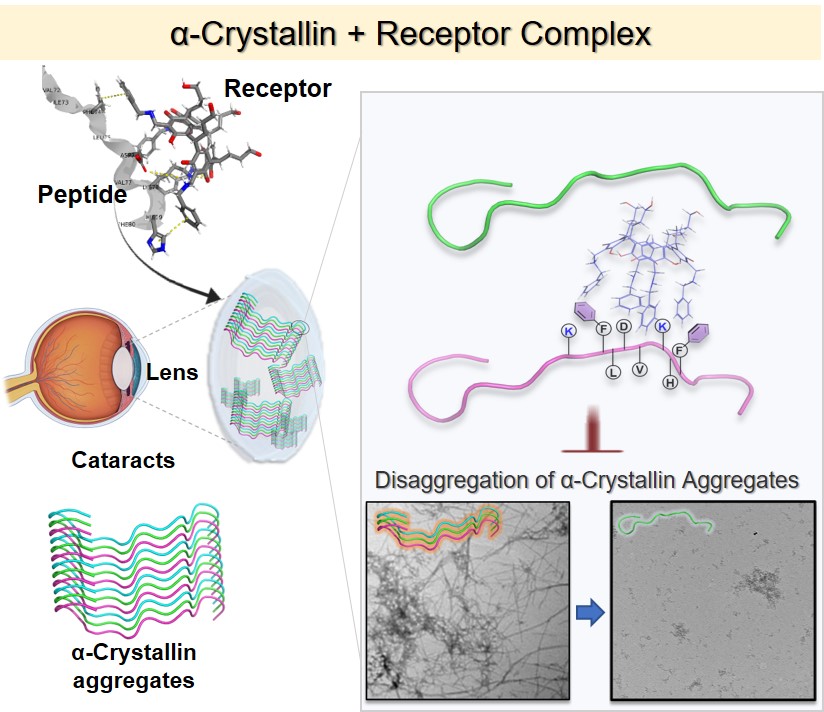 Mimicking  biological recognition processes such as enzyme-substrate process, with synthetic molecules is a continuous challenge to supramolecular researchers. Within this project, we design and construct functional materials via combining receptors and (bio)polymers through multiple weak interactions. The chemical and physical properties of these (bio)materials, such as response to pH and as sensors, are investigated. 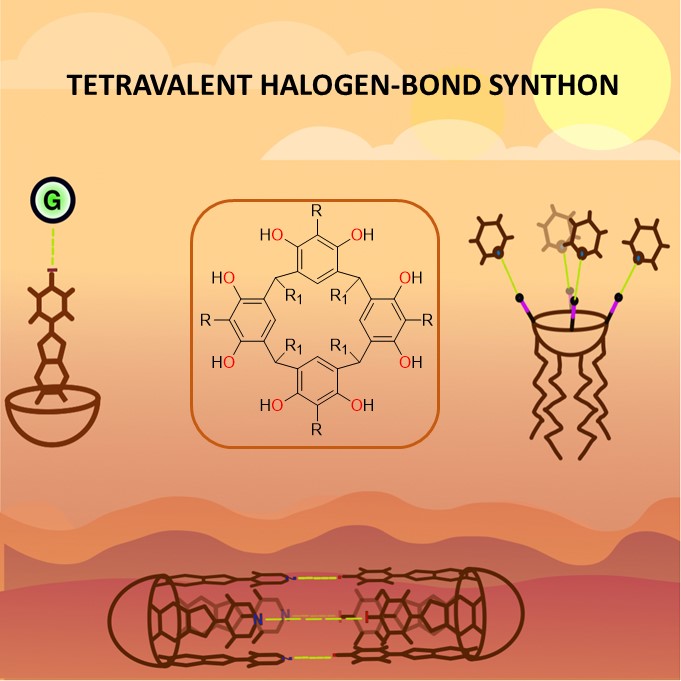 Hydrogen bonds are by far the most frequently used weak interactions in the design of organic supramolecular architectures. The discovery of halogen bond which results from the charge transfer interaction between polarized halogen atoms and Lewis bases is making a major stride in the construction of multiple architectures and has been shown to have applications in material science. It is analogous to hydrogen bond in terms of strength and directionality. Resorcinarene salts can act as multivalent halogen bond acceptors while iodoethylnyl resorcinarene cavitands act as multivalent halogen bond donors. The form architectures involve deep cavity cavitands, dimeric assemblies and supramolecular polymers.

and intermolecular hydrogen bonds leading to cavitand-like structures. These large organic salts possess a deeper interior cavity with two different binding motifs therefore increasing the array of guests that can be bound. Biologically relevant guests such as aliphatic and aromatic amides and diamides, halides and pyrophosphate can be bound cooperatively within these large organic salt molecules. 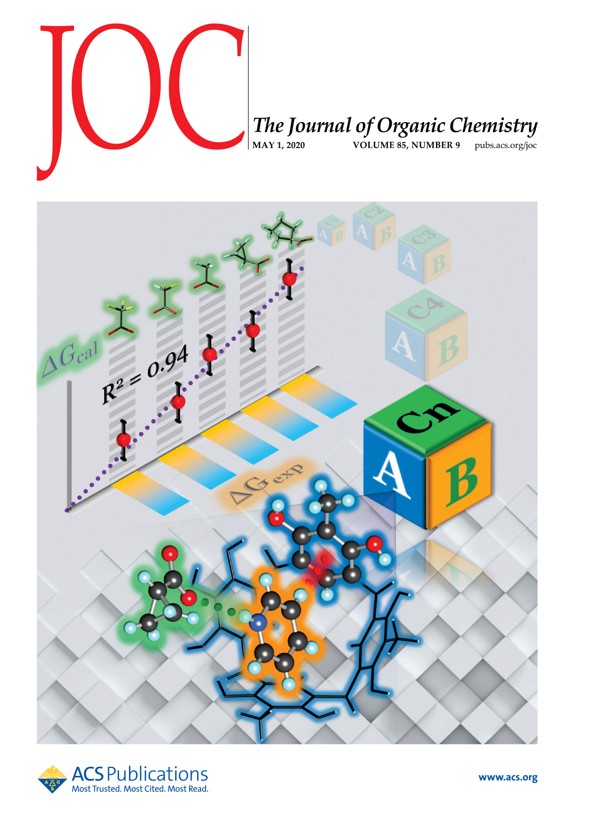 Multiple weak interactions are involved in complexes with unfunctionalized resorcinarenes and pyrogallarenes. Attaching substituents at specific locations on these receptors can tune their properties for example from a simple host for cations to a host for ion pairs. Gas phase studies (mass spectrometry) can reveal the intrinsic properties of the assemblies while solutions studies (NMR Spectroscopy) can reveal the additional effects as a result of synergetic processes.

One of the most recent developments in supramolecular chemistry has been sub-component self-assembly wherein the ligands of the metallo-supramolecular complexes are formed in situ from their sub-components. In most cases, imine bonds were formed and the ligands as well as the corresponding complexes were achieved simultaneously. Sub-component self-assembly has been employed in the design of pre-organized capsular architectures on the molecular scale such as helicates, cages and grids with binding sites that is complementary to a range of guest molecules or a specific sub-set of guest molecules. Changing the metals and/or ligands leads to varying interior cavities with different recognition properties. Properties ranging from self-sorting, spin flipping and complex transformation can be observed with these complexes.

Hydrogen/Deuterium Exchange Reactions in the Gas-Phase

Hydrogen/deuterium exchange (HDX) experiments can be used to examine the gas-phase structure of supramolecular complexes held together by hydrogen bonding.

In the case of resorcinarenes and pyrogallarenes, the comparison of the isotope exchange rates of different host-guest complexes with different guests held together by hydrogen bonding provides insight into the H/D-exchange mechanisms and with it into the gas-phase ion structures. In these cases, the H/D-exchange proceeds by proton hopping steps around the complete seam much resembling proton transfer through water. Since it can only proceed along the seam, we refer to this exchange mechanism as one-dimensional model for the Grotthus mechanism. H/D-exchange can also be used for structural determination and stability of pyrogallarenes at very low concentration highlighting the significance of the four hydroxyl groups at the 2-position for the molecular characteristics of pyrogallarenes.

Resorcinarenes are generally considered workhorses in supramolecular chemistry. The easy large-scale preparation of resorcinarenes makes them very attractive building blocks. They possess a suitable scaffold and can bind a variety of neutral and ionic guests through multiple weak interactions. Depending on the type and size of the guests acting as templates, resorcinarenes form supramolecular assemblies such as open inclusion complexes, dimeric and hexameric capsules and tubular assemblies. Capsular or cage-like compounds could be synthesized from resorcinarenes. These cages possess small windows for small guests exchange. Larger guest encapsulated during synthesis are irreversibly trapped.